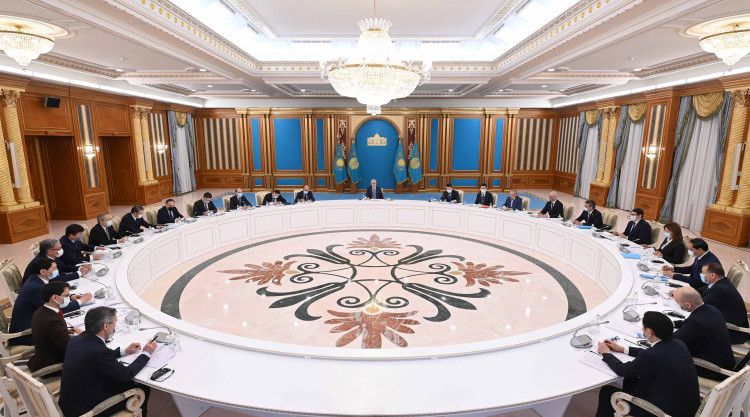 The meeting began with the discussion of the necessary package of measures to balance the negative influence of the geopolitical situation on Kazakhstan. Prime Minister Alikhan Smailov, Governor of the National Bank Galymzhan Pirmatov, External Adviser to the President on economic development, Deputy Chairman of the Supreme Council for Reforms Sir Suma Chakrabarti, as well as members of the Government, made presentations on this issue. 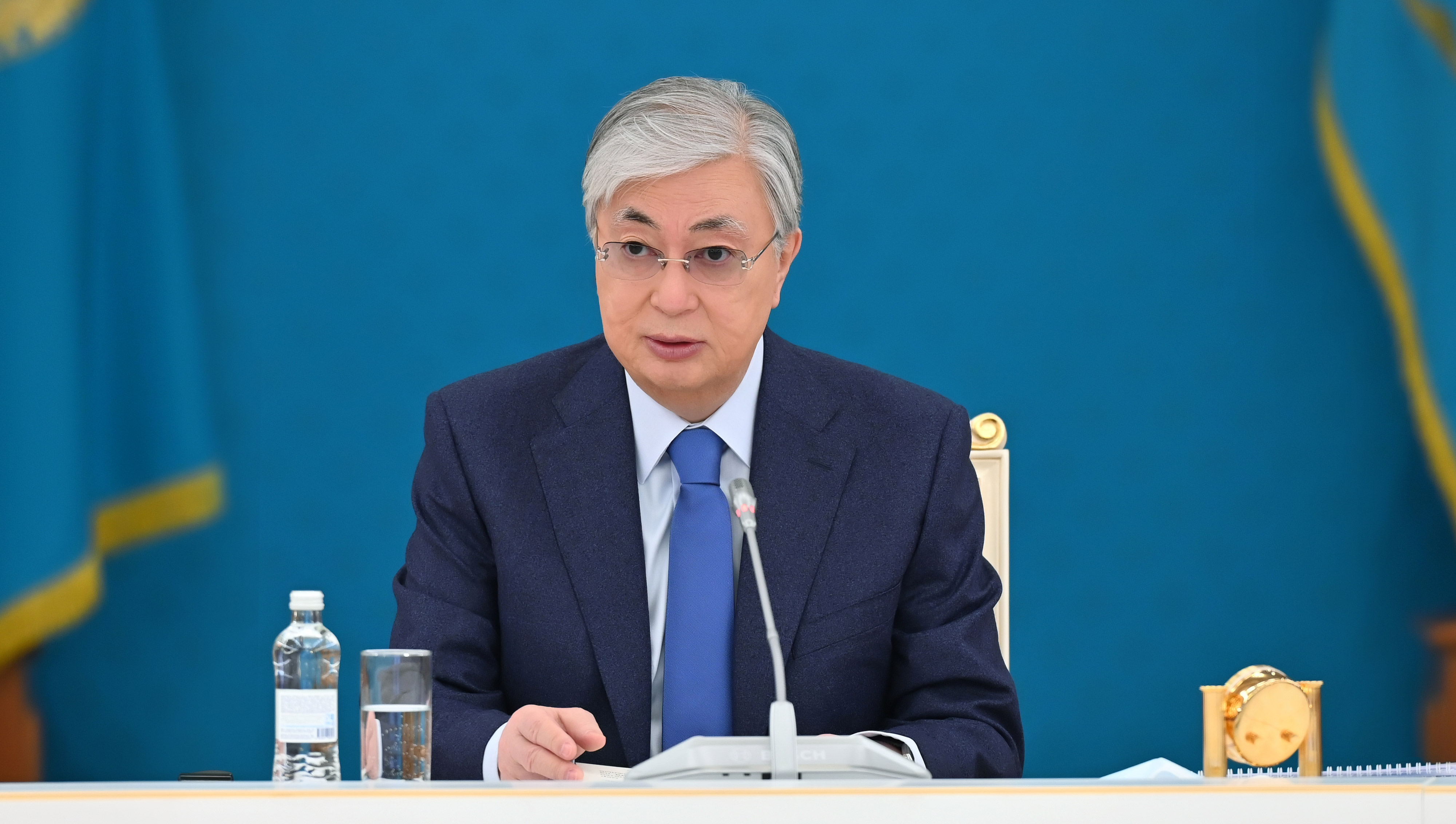 Raimbek Batalov, Chairman of the Presidium of the National Chamber of Entrepreneurs “Atameken” presented proposals from the business community.

As the President emphasized, the operational center for the coordination of anti-crisis measures established by the Government should conduct a detailed analysis of the impact of the sanctions against Russia on the sectors of Kazakhstan’s economy. Various scenarios of the situation will have to be simulated, and a unified plan for further action will need to be formulated. President Tokayev urged the Government to work expeditiously in this direction and in close contact with the business community.

Based on the economic analysis, Kassym-Jomart Tokayev instructed to prepare a package of measures to support businesses and, if necessary, individual groups of the population. The state budget for this year will also be reviewed.

Three issues were considered during the main part of the meeting of the Supreme Council: strengthening the revenue of the state budget, improving investment policy, and reforming Samruk-Kazyna JSC.

The Minister of National Economy, Alibek Kuantyrov focused on the first issue concerning approaches to strengthening the revenue of the state budget.

He proposed that in order to provide additional revenues to the budget it is necessary to increase the tax rates on mineral extraction by an average of 1.3 times for all types of solid minerals, which will increase the budget revenues by 300 billion tenge.

The Minister also proposed to introduce measures aimed at preventing the withdrawal of capital, and to increase taxation of profits of foreign companies and digital mining. Furthermore, control measures over transfer pricing, strengthening of customs and tax control can provide additional revenues to the state budget.

Following these suggestions, Kassym-Jomart Tokayev said that the Government should work out in detail the issues of international taxation and transfer pricing together with the investor community.

The participants then discussed the formation of new approaches to investment policy. Under the Investment Policy Concept, it is envisaged to further develop the investment ecosystem, promote the growth of investment activity of the private sector and deep integration into global value chains.

Almasadam Satkaliyev, the CEO of Samruk-Kazyna JSC reported on the progress of reforming the Fund. He outlined the key priorities of the program, including ensuring transparency in the procurement process, elimination of barriers to market participants in oil, gas, coal and electricity refining and marketing. In addition, the human resources policy has been revised and the managerial staff optimized. Companies including KazMunayGas, Air Astana, KEGOC, QazaqGaz will be listed for IPO. Thanks to this, Samruk-Kazyna will be able to allocate 500 billion tenge to the National Fund.

The program is aimed at attracting over $8 billion in quality investments, opening 24 new productions worth 4 trillion tenge and creating 5,000 new jobs. Proposals will be developed for each portfolio company to improve efficiency, optimize supply routes, and take anti-corruption measures. For instance, it is planned to terminate contracts with 44 intermediaries involved in the process of supplying electricity to the fund’s enterprises. The economic effect of this procedure this year alone will exceed 2 billion tenge.

Go back Go back

Kassym-Jomart Tokayev holds a meeting of the Supreme Council for Reforms https://t.co/uYyeV4RewX pic.twitter.com/gpbPk9Alan